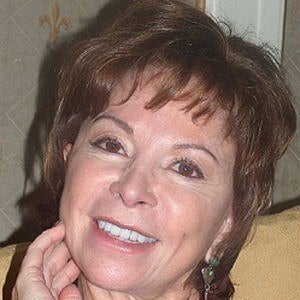 Peruvian-born Chilean author who penned The House of The Spirits and City of the Beasts, among other popular novels. Her books focus on the experience of women, contain autobiographical elements, and are often classified as works of magical realism.

After finishing high school, she worked for the United Nations' Food and Agriculture Organization in both Chile and Belgium. She also found early work translating English books into Spanish. She published her debut novel, The House of the Spirits, in 1982.

She earned the prestigious Chilean National Literature Prize in 2010.

She was the daughter of Chilean diplomat, Tomas Allende. She was married to her first husband, Miguel Frias, from 1962-1987. The couple had a daughter, Paula, and a son, Nicolas. In 1988, Allende married her second husband, Willie Gordon.

Isabel Allende Is A Member Of