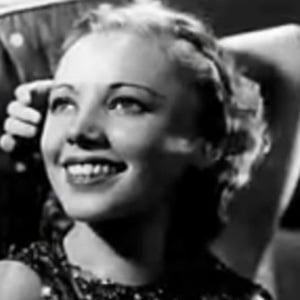 She started as a Broadway actress and achieved immediate success and glowing reviews.

Her most significant role was as the prostitute Gloria Stone in the film, Lost Horizon.

She married Paul Marion and after their divorce, she married Owen Crump.

She was in Gone with the Wind, directed by Victor Fleming.

Isabel Jewell Is A Member Of