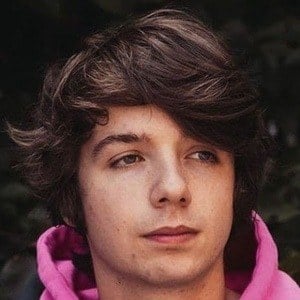 Social media star who is best known for collaborating with YouTube star Mr Beast. He has gained over 3.3 million followers on his karljacobs Twitch account, where he primarily streams Minecraft content. He is also extremely popular on TikTok, where he posts short comedy videos for over 10 million fans.

He began appearing on Mr Beast's YouTube channel in 2020.

He often campaigns to be on the reality show Survivor on his karljacobs TikTok account, using the hashtag #Karl4Survivor in his posts. He has accumulated over 4 million followers on his karljacobs Instagram account.

He shared an Instagram photo with his sister Corry in March of 2016. His brother Sean has been featured on his karljacobs Twitch account.

He posted an Instagram photo with Bill Murray in May 2016.

Karl Jacobs Is A Member Of