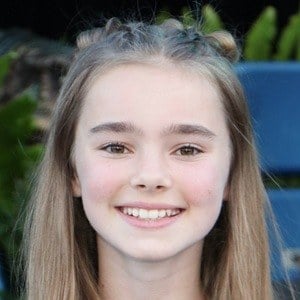 Child actress that became a star upon landing the role of Maisie Lockwood in the blockbuster film Jurassic World: Fallen Kingdom.

She began filming the second Jurassic World in the spring and summer months of 2017.

She was interviewed by the YouTube channel Flickering Myth.

She is from England. She has two sisters and a brother.

Isabella Sermon Is A Member Of