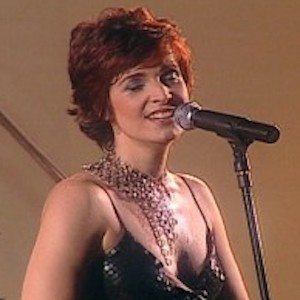 Singer-songwriter who first became known in 2003 after the release of her eponymous studio album. She would go on to release nearly half a dozen more successful albums throughout her almost two decade long career.

Before debuting with her self-titled album in 2003, she worked for public office. She also studied at Casa das Artes de Laranjeiras.

She is the daughter of a pianist and the granddaughter of an opera singer. She married singer-songwriter Myllena Varginha.

She has been influenced by singers like Elis Regina and Maria Callas.

Isabella Taviani Is A Member Of