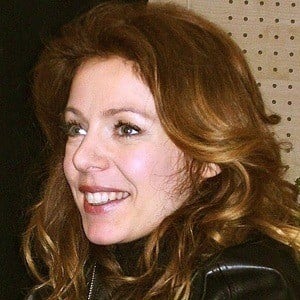 French-Canadian singer/songwriter widely recognized her 2000 album Mieux Qu'ici-bas. The album featured her hit single "Parle-moi" which was certified gold in France by 2001 and peaked at number 2 on the French music charts.

Her friends signed her up for a singing contest in 1988 where she would meet her future agent.

In 1998 she was the recipient of four Félix Awards nominations.

In October 2008 she and Marc-Andre Chicoine had their first child together.

Isabelle Boulay Is A Member Of