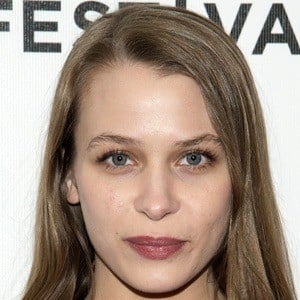 Brought to life Madeleine Loomis on the A&E television series Bates Motel. She also had a small recurring role in House of Cards in 2014 and has appeared in films like Before I Disappear.

One of her first major roles was as Rebecca in the 2010 romantic drama Struck.

Her father, Keith McNally, is a restauranteur. Her mother's name is Lynn Wagenknecht.

In the cast of Bates Motel, she is joined by Vera Farmiga and Freddie Highmore.

Isabelle McNally Is A Member Of