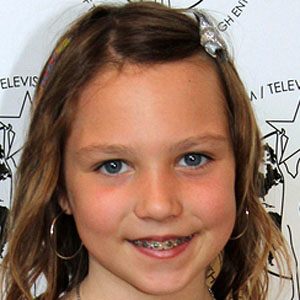 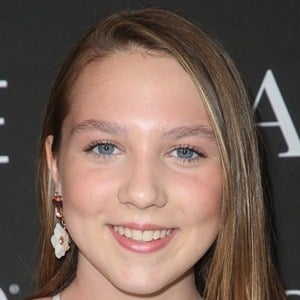 Actress most famous for her role as Lilly in the 2013 supernatural horror film Mama. She began starring on the FX series The Strain in 2014. In 2017, she had a supporting role in the film The Tale.

She made her acting debut in 2011, when she starred as Danielle in the TV series Mirador.

She was nominated for the Supporting Young Actress award at the Young Artist Awards for her performance in Mama. She also appeared in the 2017 film It. Throughout her acting career, she has appeared in ten different films and TV series'. She has been represented by Agence M, a talent agency out of Montreal, Canada.

Her sister is actress Sophie Nelisse, who starred in the film The Book Thief. She also has a brother, Hugues.

She co-starred with Golden Globe-winning actress Jessica Chastain in Mama.

Isabelle Nelisse Is A Member Of