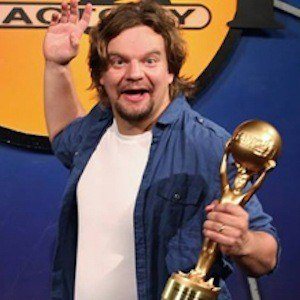 Finnish comedian who has gained success not only throughout his home nation but also all around the world, winning the title of 2014's Funniest Person in the World at the US comedy club The Laugh Factory.

In 2003, he was named Best Newcomer at Finland's annual standup festival.

Not only does he perform live, but he has released several DVDs of his shows and has YouTube channels in both English and Finnish of his joke sets.

His brother, Kai, is a well known musician and member of the band Soulfallen.

Both he and Matt Knudsen have performed at the legendary comedy club the Laugh Factory.

Ismo Leikola Is A Member Of