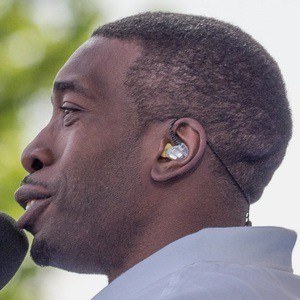 Rapper and one half of the Swedish hip-hop duo Isol & Fille who became known after being featured on the SVT television series Leende guldbruna ogon. He has also served as a judge on the Swedish version of The X Factor coaching the boys category.

He and his partner Fille Danza met during basketball club in 1994.

He was born in the U.S. but emigrated to Sweden in 1986. His father passed away when he was just 13 years old.

He and Fille have collaborated with fellow Swedish rapper Petter.

Ison Glasgow Is A Member Of