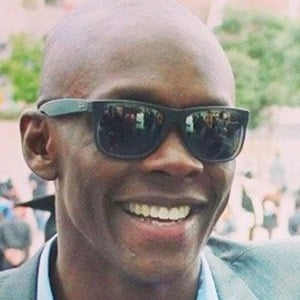 MMA fighter who has competed in the Middleweight division of the Ultimate Fighting Championship. He won the unified Middleweight UFC Championship in October 2019 after defeating Robert Whittaker.

He was enrolled in his elementary school's Taekwondo club as a kid.

In September 2020, he reached #3 in the UFC men's pound-for-pound rankings. He has over 4.9 million followers on his stylebender Instagram account.

He is from Nigeria. He lived for a while in Ghana and when he was 10 years old, he moved to New Zealand with his family.

Israel Adesanya Is A Member Of