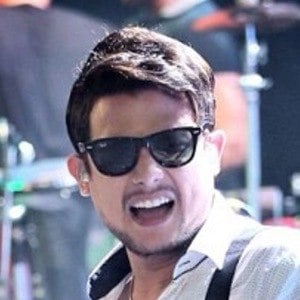 World music singer who found acclaim creating music that mixed the genres sertanejo, forró, and arrocha. Some of his most famous tracks are "Vem Ni Mim Dodge Ram," "Vó, Tô Estourado," and "Sinal Disfarçado." He has over 2.8 million followers on his Instagram account.

He found music as a child through his Evangelical Church and wrote his first song at 16.

Her performed at Caldas Country, one of Brazil's largest country music festivals in November 2011. He recorded live at Villa Mix in Brasilia in 2015, later releasing the DVD Forró do Israel.

His parents are Everaldo and Miriam Novaes.

He wished fellow world music singer Leo Santana a happy birthday on his Instagram in April 2018.

Israel Novaes Is A Member Of