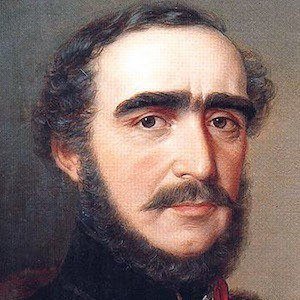 One of the most respected political figures in Hungary's history, the Austrian-born Szechenyi held office as Hungarian Minister of Public Works and Transport and significantly modernized and reformed culture, economics, and politics in Hungary.

He first rose to political prominence in the mid 1820s, when he vocally and financially supported Prime Minister Nagy's proposal to create a Hungarian Academy of Sciences.

His published works include Onismeret (Self-Awareness) and Ein Blick (One Look). He wrote the latter historical and philosophical work not long before his depression-driven suicide at age sixty-eight.

In his mid forties, he married a countess named Crescence Seilern. The couple had several children, including a son named Bela.

He and Hungarian Academy of the Arts founder Imre Makovecz both made important contributions to Hungarian culture.

Istvan Szechenyi Is A Member Of