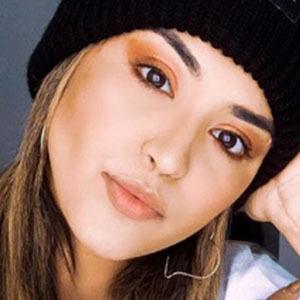 Singer/songwriter whose used her fame gained as an influencer to get a toe hold in the music industry. She has over 1.2 million followers on Instagram and released four singles in 2018.

She appeared on RCN reality show Masterchef Celebrity and her popular YouTube channel has amassed over 25,000 subscribers and over 14 million views. He collaborated with the late reggaeton artist Fabio Legarda on the song "Roma."

She's been based in Colombia.

She collaborated with singer Chyno Miranda on his song "Arriésgate" after approaching him at the Bogota airport and asking if she could send him her version of the song.

Itzza Primera Is A Member Of