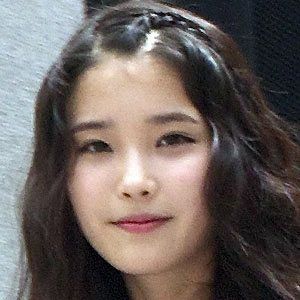 South Korean singer, songwriter, and dancer who released multiple hit albums like Last Fantasy and Modern Times. She collaborated with Min Yoongi for the song "Eight."

She debuted in 2008 on M! Countdown, the program featuring the hottest new acts. Her debut single was called "Lost Child."

She covered many songs by other South Korean singers, including Super Junior and Girls' Generation, and her own songs were used for movie soundtracks.

She was born Lee Jieun in Seoul, South Korea. She dated musician Chang Kiha from 2013 until 2017.

She sang on the OST of SBS networks' Dream High, starring J.Y. Park.

IU Is A Member Of