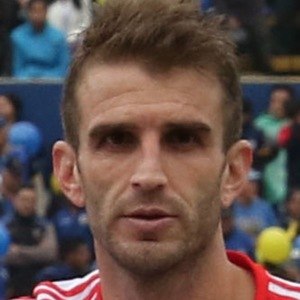 As an individual, he was awarded the Liga MX Top Scorer award for his work with Apertura in 2011. He also won the Copa Argentina in 2015 with the River Plate club.

Other professional forwards known for their work with the Club Atletico River Plate include Rodrigo Mora and Andres Rios.

Iván Alonso Is A Member Of