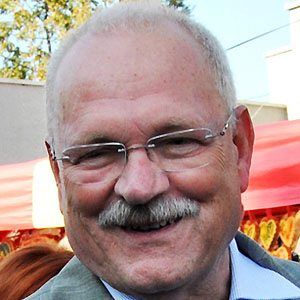 Law professor and one of the presidents of Slovakia. He was the first president to be reelected and assumed office the second time in 2004 after serving in 1998.

He studied at the Law Faculty of the Comenius University in Bratislava from 1959 to 1964.

He was involved in the Movement for a Democratic Slovakia in the early 1990s.

He married Silvia Benikova in 1964 and they have raised two children together. They are Roman Catholic.

He has been a supporter of Robert Fico, the Prime Minister of Slovakia.

Ivan Gasparovic Is A Member Of