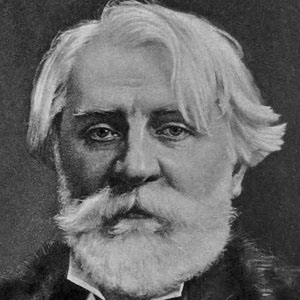 Notable for his 1862 novel Fathers and Sons and for his 1852 short story collection A Sportsman's Sketches, Turgenev was a key figure in late 19th-century Russia's literary realism movement.

During the early 1840s, he was a civil servant with the Russian Ministry of Interior.

Born into a troubled upper-class family, Turgenev and his brother Nicolas were the sons of military man Sergei Nikolaevich Turgenev and the wealthy, physically abusive Varvara Petrovna Lutovinova. Through his relationship with a serf bound to his family's land, he fathered an illegitimate child named Paulinette.

Ivan Turgenev Is A Member Of