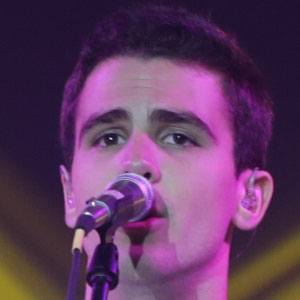 Pop star who turned heads when his YouTube rendition of Adele's "Someone Like You" garnered enough attention to earn him a record deal. His first album, Impossible, helped him win the 2014 Buenos Aires 40 Latin Award for Best Artist.

The combination of his videos and a demo tape caught the eye of producer Juan Bias Caballero, who signed Zavala, and helped him with his first single "I Give You" in 2012.

After completing his first tour, he released a second album, Ivan Tour Impossible, which was a compilation of live recordings from the tour.

He learned piano as a young child from his grandfather. He is self-taught on the guitar.

In 2013 he was the opening act for a variety of performers including Elton John, The Jonas Brothers, and actress Martina Stoessel, known for playing the title role on the Disney Channel telenovela Violetta.

Iván Zavala Is A Member Of