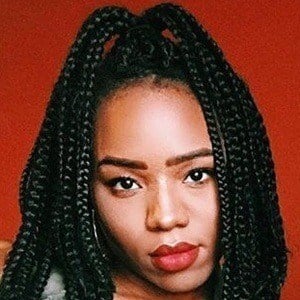 Part of the Nigerian sister act VanJess, the R&B duo has become known for singles like "I Don't Need Him" and "Killer Lover." They began releasing original music and covers on their self-titled YouTube channel, which has more than 320,000 subscribers.

Though she did take some ear-training, she and her sister learned to sing and perform largely by ear.

One of VanJess's most popular YouTube videos is "Lady Gaga - Bad Romance Beatboxing & Acapella cover," which earned more than 5 million views after it was posted in 2009.

She is joined in VanJess by her sister Jessica.

Ivana Nwokike Is A Member Of