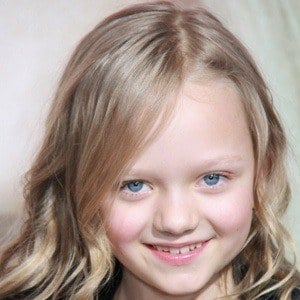 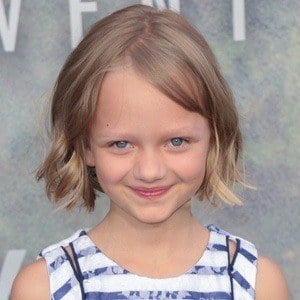 Child actress best known as series regular Amabella Klein on Big Little Lies. She has also had roles in Paranormal Activity: The Ghost Dimension and 13 Hours: The Secret Soldiers of Benghazi.

She began acting in musical theater productions when she was five years old. Her first professional acting gig was for the CBS show The Crazy Ones in a scene opposite Robin Williams.

She has done commercial work for AT&T, Hallmark and McDonalds, among others. She has been a guest star on TV shows such as About a Boy, Sam & Cat, Kirby Buckets, Agent Carter and Girl Meets World.

She is the eldest of three siblings born to parents Martin George and Christa Nelson George.

She starred alongside Brit Shaw in the film Paranormal Activity: The Ghost Dimension.

Ivy George Is A Member Of