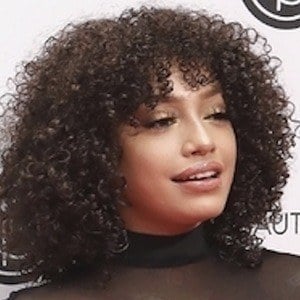 Radio host who's known for hosting her radio show The Ivy Rivera Show on the Ripped Radio Network. She has interviewed Chinx Drugz, Salma Slims, Chris Rivers, Angie Martinez, and more. She's also been featured in Hustle in Brooklyn.

She started her career by creating a blog to pursue her passion for communication. She got an internship at the radio station while attending Brooklyn College.

Her radio show used to be called Tea Time Radio.

She was born and raised in Brooklyn, New York. She has a brother named Joey.

She was featured on Andrew Schulz and Charlamagne Tha God's radio show The Brilliant Idiots in May 2018.

Ivy Rivera Is A Member Of