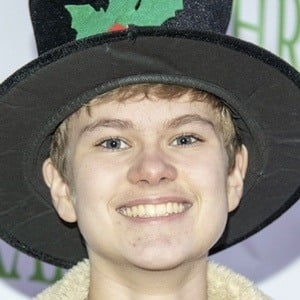 Cast member of the NBC series Good Girls in the role of Ben Marks who previously appeared in the 2017 film Brad's Status.

He played the title character in a school production of Charlie and the Chocolate Factory. He started off in show business by doing voice work and dubbing.

He starred in a short film called Party Dress. He attended the Professional Performing Arts School where also trained in voice and dance.

He was born and raised in New York City. He is a transgender actor who identifies with the male pronouns.

He plays the transgender daughter of Mae Whitman's character in Good Girls.

Isaiah Stannard Is A Member Of