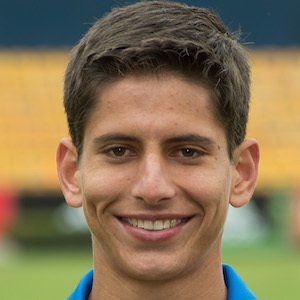 Mexican international winger known for his pace, which has drawn comparisons to the speed of Gareth Bale. He's played professionally in Liga MX with Pachuca and Tigres.

He didn't start playing club soccer until he was 17, when he joined Atlas. He then played for Estudiantes Tecos, with whom he made his professional debut in 2012.

He earned his first cap for Mexico's national team in 2015, the same year he won the Apertura with Tigres.

He has both German and Mexican citizenship.

He and Luis Silva have played together for Tigres.

Jürgen Damm Is A Member Of