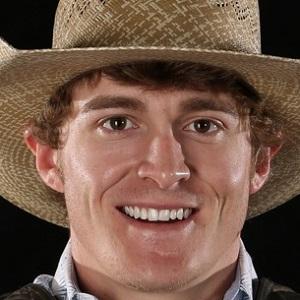 Third-generation bull rider who took home the honor of Rookie of the Year for the 2008 season. He earned a high-mark ride of 91 points on Firewater at the Built Ford Tough World Finals on November 2, 2008.

He grew up practicing rodeo with his best friend Chase Outlaw and Chase also became a professional bull rider.

His 2013 season was a rough one, as he suffered a multitude of injuries that includes three crushed ribs, a collapsed lung, and a dislocated shoulder with torn ligaments.

He was born and raised in El Dorado, Arkansas.

He, Chase, and MLB pitcher Andrew Cashner enjoy hunting together.

Reese Cates Is A Member Of