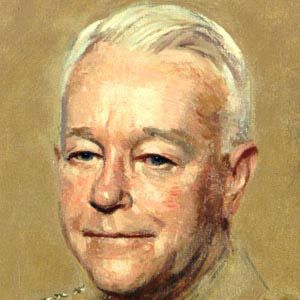 U.S. Army commander who was nicknamed "Lightning Joe" and became a hero at Guadalcanal and Normandy.

He graduated from West Point in 1917 and was sent to Germany to command a battalion.

He bravely led his unit at Guadalcanal through a line of enemy sniper fire. Likewise, in Normandy, he led a critical D-Day breakout.

He had a son and two daughters with his wife, Gladys.

J.Lawton Collins Is A Member Of