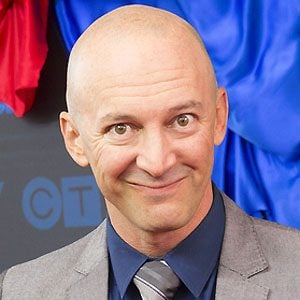 Best known for his roles in such Disney Channel series as Aaron Stone and Phil of the Future, this screen actor and voiceover artist also appeared in numerous popular films, including Knocked Up, Meet the Fockers and Galaxy Quest.

Early in his career, he acted in commercials for Fruit of the Loom underwear and the Got Milk? campaign and also performed on The Wayne Brady Show.

He competed in several game shows, including Wheel of Fortune and Jeopardy!

He and his six younger siblings were raised in Santa Barbara, California.

During the first decade of the 21st century, he appeared in two films directed by Michael Bay: The Island and Transformers.

JP Manoux Is A Member Of