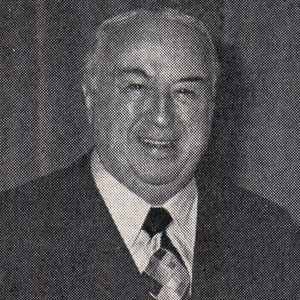 Co-designer, with John. W. Mauchly, of the ENIAC, of the world's first practical electronic computer. He was awarded the National Medal of Science for his revolutionary contribution to computer science in 1968.

He studied Electrical Engineering at the University of Pennsylvania, where he and his professor made several refinements of hardware.

His prototype computer, the Electronic Numerical Integrator and Computer, was used by the military for their artillery calculations.

He had four children and he died of leukemia in Bryn Mawr, Pennsylvania.

Howard Aiken was another computer pioneer, helping to create the modern computer.

J. Presper Eckert Is A Member Of