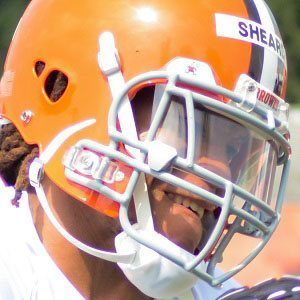 Outside linebacker and pass rushing specialist who was the 37th overall pick in the 2011 NFL Draft by the Cleveland Browns. He signed with the New England Patriots in 2015 and helped the team win Super Bowl LI in 2017.

He was named the Big East Defensive Player of the Year after his dominant 2010 season at the University of Pittsburgh.

He led the Browns in sacks his rookie season with 8.5, leading to an PFWA All-Rookie team selection in 2011.

He was raised by Evelyn Sheard with a brother and a sister.

He sacked Kevin Kolb twice during a week 2 match-up with the Cardinals in 2011.

Jabaal Sheard Is A Member Of