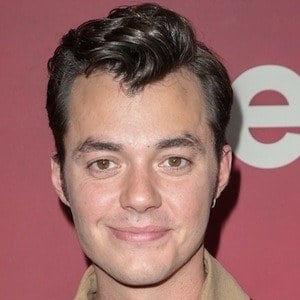 Big and small screen actor best recognized for his role as Kieran Whitehead in the 2017 series The Loch. In 2019, he'd begin starring in the series Pennyworth as Alfred Pennyworth. He has also been seen in small roles in the period pieces The Imitation Game and Fury.

He earned his acting debut in 2004, playing a recurring roles in Shadow Play. He would follow in 2005 with a spot in The Giblet Boys.

He had a periodic recurring role as Sam Thursday in the crime drama Endeavour.

Born in Norwich, he would later live in Peckham, London.

In 2016, he joined the cast of Kids in Love alongside Will Poulter and Alma Jodorowsky.

Jack Bannon Is A Member Of