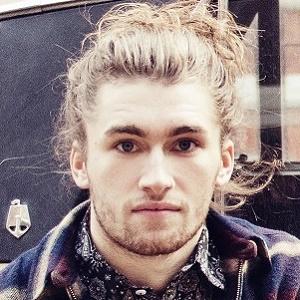 Guitarist for the West Yorkshire-formed alternative rock band Marmozets. The band signed with Roadrunner Records in 2013 and released their first album close to a year later.

The Marmozets formed as a pair of siblings in Bingley, West Yorkshire: Jack and his brother Will and Becca, Josh, and Sam Macintyre.

The Marmozets were voted Best New UK Band by Big Cheese Magazine in 2013.

His brother Will plays bass for Marmozets.

It was announced in March 2015 that Marmozets would be supporting Muse members Matthew Bellamy, Christopher Wolstenholme, and Dominic Howard on their UK Psycho Tour.

Jack Bottomley Is A Member Of