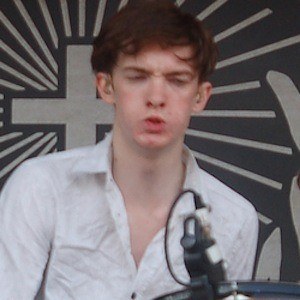 Member of the English alternative rock band Marmozets who was signed with Roadrunner Records in October of 2013. He drums for the band, but also produces and plays the piano.

He, his two siblings and Jack and Will Bottomley came together to form the band while in school. They began playing live in 2007.

He and Marmozets released a Top 25 charting album called The Weird and Wonderful Marmozets in September of 2014.

He performs in Marmozets with siblings Becca and Sam Macintyre.

His sister Becca Macintyre is the lead singer of Marmozets.

Josh Macintyre Is A Member Of