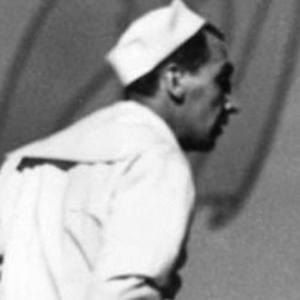 Remembered as a pioneer in the theatrical jazz dance genre, Cole choreographed Broadway musicals such as Kismet, Man of La Mancha, and A Funny Thing Happened on the Way to the Forum and films such as Three for the Show, There's No Business Like Show Business, and Moon Over Miami.

He began his career at the Los Angeles-based Denishawn Dance Company and went on to perform in the 1933 Broadway production of The Dream of Sganarelle and to make his Broadway debut as a choreographer in the 1943 production of Something for the Boys.

His choreographic style influenced the work of Bob Fosse, Alvin Ailey, Jerome Robbins, and many other renowned dancers and choreographers.

Born John Ewing Richter, he spent his earliest days in New Brunswick, New Jersey, and was later disowned by his parents and sent to boarding school.

He choreographed the famous "Diamonds Are a Girl's Best Friend" number for the Marilyn Monroe feature Gentlemen Prefer Blondes.

Jack Cole Is A Member Of