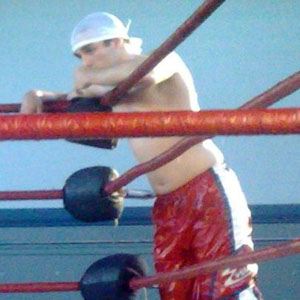 Known for his work in TNA and AAA; on June 6, 2010 he won the Asistencia Asesorio y Administracion World Cruiserweight Championship.

He made his wrestling debut when he was just 18, and spent many years on the independent circuit and in small promotions.

On March 21, 2011, he and Extreme Tiger defeated Silver King and Ultimo Gladiador for the AAA World Tag Team Championship.

He and his wife Sandy welcomed their first child, a daughter, in October of 2014.

Teddy Hart was his trainer and eventually became a rival of his in the ring.

Jack Evans Is A Member Of