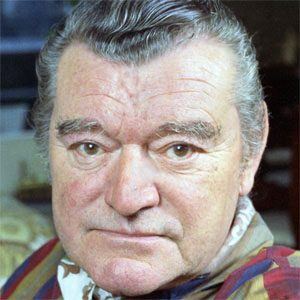 British actor who appeared in classic historical epics such as The Bridge on the River Kwai and Oh! What a Lovely War. He played Ben Hur's father in Ben Hur, and also appeared in Lawrence of Arabia, and Land of the Pharaohs.

He started acting at age 12, and by age 18 he began appearing in Broadway shows.

He and Peter O'Tolle produced the 1972 film adaptation of The Ruling Class, a stage play by Peter Barnes.

He was married to actress Jessica Tandy for 10 years.

His last on-screen appearance was in the 1973 horror film, Tales That Witness Madness, alongside actress Kim Novak.

Jack Hawkins Is A Member Of