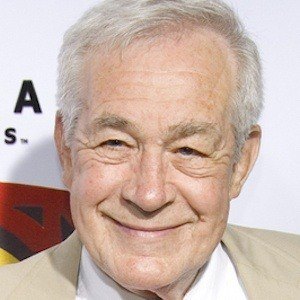 Actor who starred as photographer Jimmy Olsen on the TV series The Adventures of Superman. Then later in life he made cameos in other Superman related projects, such as the TV series Lois and Clark, and 1991's Superboy.

He was raised in Pasadena, California, and graduated from Montebello High School in 1945.

He had a cameo role as Bo the Bartender in Bryan Singer's 2006 film Superman Returns.

He was in a relationship with Montgomery Clift before living with life partner James Bridges, a director, from 1958 until Bridges's death in 1993.

Jack Larson Is A Member Of