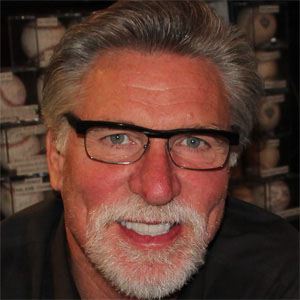 He attended Brigham Young University before being drafted by the Detroit Tigers.

He pitched one of the most famous games in baseball history, a 10-inning shutout in Game 7 of the 1991 World Series for the Minnesota Twins.

He and his wife Jennifer raised one son named Erik.

Jack Morris Is A Member Of