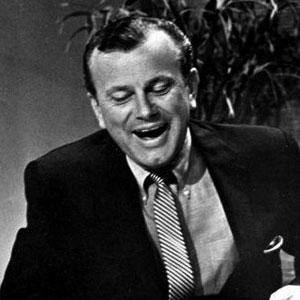 Best known for hosting The Tonight Show from 1957 to 1962. He also served as host of Jack Paar Tonite for a year in the '70's and appeared as a guest on Donahue, Late Night with David Letterman and The Tonight Show alongside multiple hosts.

He worked as a radio host for stations in Indianapolis, Detroit, Cleveland and Buffalo.

After Orson Welles' War of the Worlds broadcast ran on the radio, he calmed the nation by saying, "The world is not coming to an end. Trust me. When have I ever lied to you?"

He married his second wife, Miriam Wagner, on October 9, 1943. After their divorce, he remarried and re-divorced his first wife, Irene.

He made a guest appearance on The Tonight Show while Jay Leno was host.

Jack Paar Is A Member Of