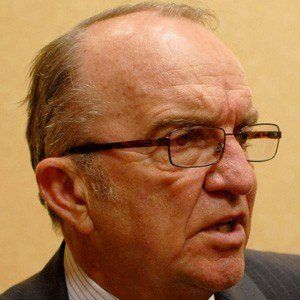 Co-owner of Roush Fenway Racing, a division of Nascar.

He worked for Ford and Chrysler after graduating with a mathematics degree and a bachelors in physics from Berea College and a masters in scientific mathematics from Eastern Michigan University.

He was involved in two plane crashes that almost took his life in 2002 and 2010.

He was born in Covington, Kentucky, but his family raised him in Manchester, Ohio.

Jack Roush Is A Member Of