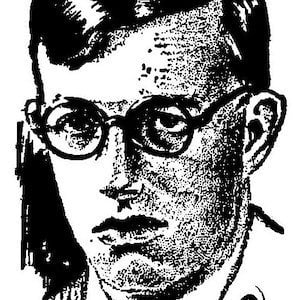 An influential science fiction writer of the 20th Century, he explored, in works such as The Humanoids (1949), the dark side of technological development. His other notable works include the Legion of Space and Seetee series and the Starchild Trilogy.

His childhood love of the stories in Amazing Tales magazine inspired his career as a science fiction writer. He published his first novel, The Girl from Mars, in 1930.

He sold his first tale of fantasy in 1928, three years before the term "science fiction" was coined.

He was born in Bisbee, in what was then the Arizona Territory, and he grew up in Texas and New Mexico.

After the 2008 death of fellow science fiction author, Robert Heinlein , Williamson became known as the "Dean of Science Fiction."

Jack Williamson Is A Member Of