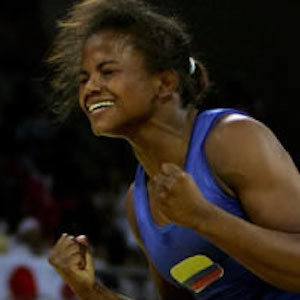 Colombian freestyle wrestle who won bronze medals at the 2008 and 2012 Olympic Games, making her the second Colombian to medal twice in a career. She competes at the 55kg level.

She grew up in Cali, Colombia.

Jackeline Renteria Is A Member Of