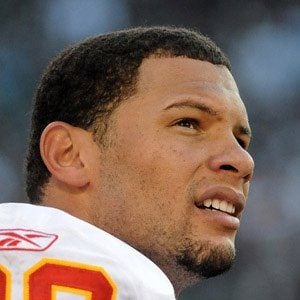 NFL running back who was signed in 2007 as an undrafted free agent by the Dallas Cowboys.

He attended Humble High School in Texas and later attended the University of Houston, where he played college football.

He led the NFL in rushing during the 2010 preseason.

His wife, Christine, received media attention in 2011 for her charity work with the Salvation Army and Sam's Club.

In 2010, he was a backup to the great Jamaal Charles in Kansas City.

Jackie Battle Is A Member Of