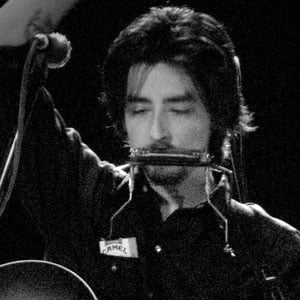 Singer-songwriter known for songs such as "Like A Ball and Chain" and "I Don't Live in a Dream." His work was featured in TV and motion pictures. He was also a member of the final lineup of The Black Crowes; they disbanded in 2015.

He started playing the guitar when he was 14 years old, and it didn't take him long before he was ready to play with local bands.

His song "I Will Never Let Go" was featured in the movie Brokeback Mountain, the score of which won the Academy Award for Best Original Score in 2005.

His father was Scandinavian and his mother was Japanese.

He once toured nationally with the legendary musician B.B. King.

Jackie Greene Is A Member Of