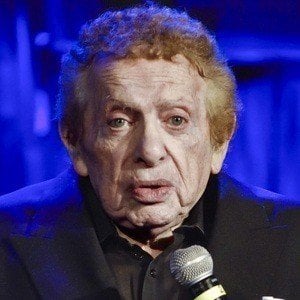 Jewish-American comedian and star of Cadyshack II who is known for his one-man Broadway shows. In 1992, he won an Emmy Award for his voice-over work as Rabbi Hyman Krustofski in an episode of The Simpsons.

He graduated with a Bachelor of Arts degree from the City College of New York and then, at the age of 25, he was ordained a rabbi Pennsylvania. He resigned three years later, however, to become a comedian.

He filed a lawsuit in 2006 against the group Jews for Jesus for using his likeness in a pamphlet.

He married Jyll Rosenfeld on August 14, 1991 and he has a daughter named Sheba.

He was a voice actor in Matt Groening's The Simpsons.

Jackie Mason Is A Member Of