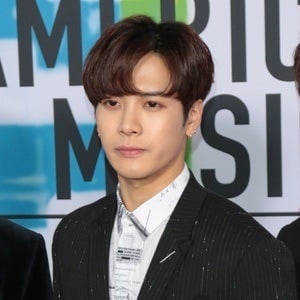 Rapper and dancer most famous for his membership in the Korean all-male vocal group Got7, as well as his appearance in the Korean reality series Roommate. He's also known for his solo work and as a TV host.

Before becoming an entertainer, he won the grand prize at the Asian Junior and Cadet Fencing Championship. He signed with the JYP Entertainment talent training program in the summer of 2011.

He was a sabre fencer for Hong Kong's fencing team and ranked 11th in the 2010 Youth Olympics.

A native of Hong Kong, he was born to athlete parents. His mother, Zhou Ping, won the gold medal at the 1982 World Gymnastics Championships, and his father, Wang Rui-ji, won the 1978 Asian Games and coached Hong Kong's national fencing team. He has an older brother.

Jackson Wang Is A Member Of