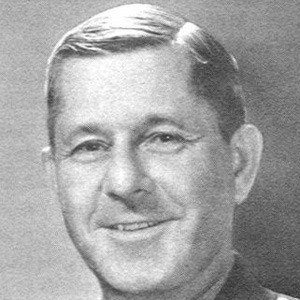 Commander of the Sixth Army Group during World War II whose troops were the first to reach the Rhine River following D-Day.

He served as an artillery officer during World War I, and in World War II was assigned to organize and train troops for Operation Overlord (The D-Day Invasion of Normandy).

He led Operation Dragoon, a World War II mission that pushed into Germany by way of German-occupied France.

He grew up in York, Pennsylvania and graduated from the U.S. Military Academy in 1909.

He and Omar Bradley both held high-ranking military positions during World War II.

Jacob L. Devers Is A Member Of