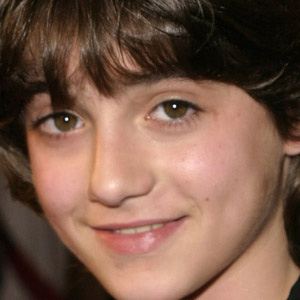 Child actor who played roles in 2004's Troy and 2003's Cheaper by the Dozen. He also played Hansel in Hansel and Gretel and appeared in Dragonfly.

He earned his first small television roles at age 6. He made his film debut as Timmy Fimple in Small Soldiers.

By 2012, he had been nominated for five Young Artist Awards.

He has two siblings, Nathan and Natasha.

Jacob Smith Is A Member Of