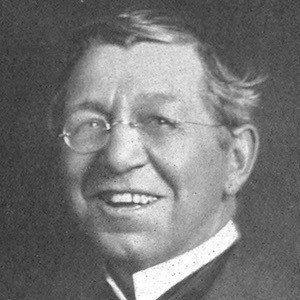 Political organizer who led Coxey's Army on a march to Washington D.C. to fight against unemployment. He was a member of the People's Party and served as the mayor of Massillon.

He worked at a water mill and as an equestrian before becoming involved in the Greenback party in 1876.

His political activity helped to spur the Social Security Act of 1935.

He and his wife Carrie Coxey had four children.

He ran on the independent ticket against Franklin D. Roosevelt in the 1932 United States presidential election.

Jacob S. Coxey Is A Member Of