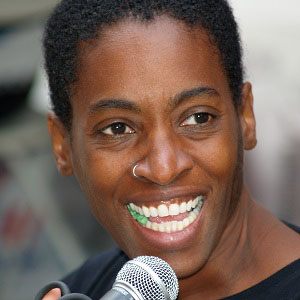 American author whose work is notable for its themes of racial and sexual identity. Among her most acclaimed books is 2014's Brown Girl Dreaming, which received the National Book Award, Newbery Medal and NAACP Image Award.

She studied Drama at Howard University and received her B.A. in English from Adelphi University in 1985.

Her novel Miracle's Boys was adapted into a six-part miniseries directed by Spike Lee, LaVar Burton and others in 2002.

She has a daughter named Toshi Georgianna and a son named Jackson-Lero.

She has cited the work of novelist Toni Morrison as a key influence.

Jacqueline Woodson Is A Member Of