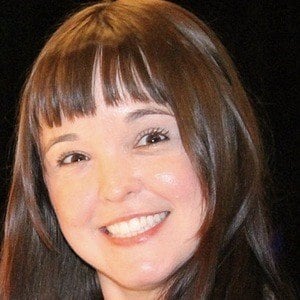 Known for her work throughout the Japanese anime genre. She has worked extensively with Funimation and Sentai Filmworks on projects including B Gata H Kei and Maid Sama!

She graduated from Texas Wesleyan University with her B.A. in music in 2005. She debuted as a voice actress in Ghost Hunt.

She voiced the titular character Hatchin in the TV series Michiko & Hatchin in 2008-2009. She later voiced Adelie in Space Dandy in 2013.

Her name is an acronym of both of her parents names, which are Jimmy, her mother, and David, her father.

She voiced alongside Monica Rial in the series Michiko & Hatchin.

Jad Saxton Is A Member Of